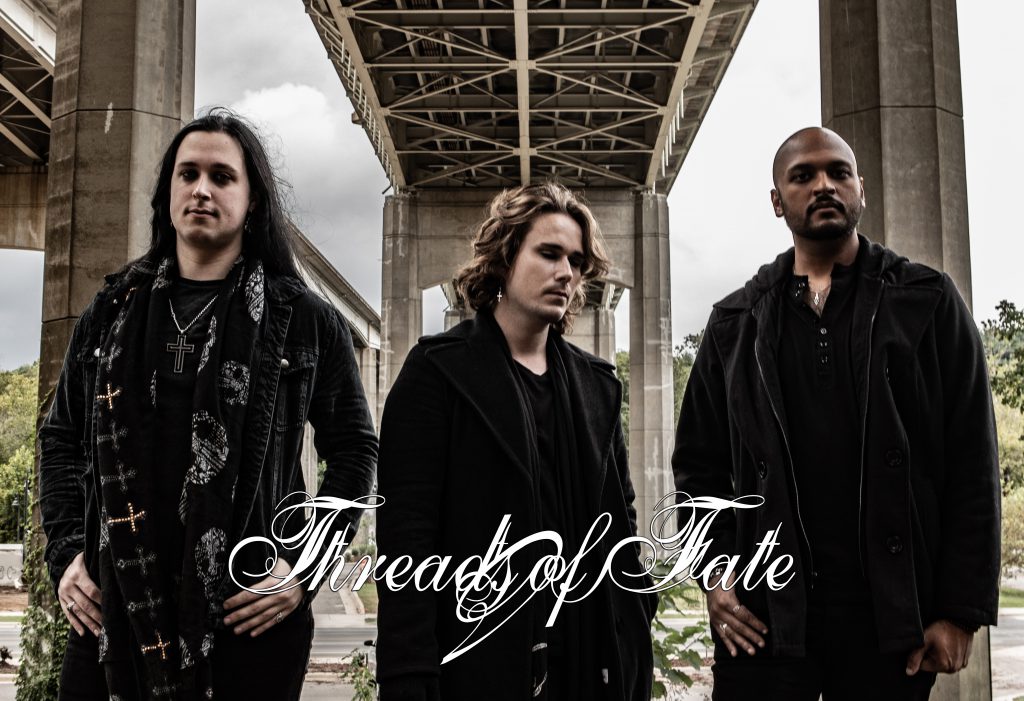 Death and the unknown that follows: subjects that have driven art for hundreds of years and have never lost their impact and/or relevance. After all, death is something that defines the human condition and all it stands for. Often, death is described as a bright white light that embraces and takes one away: and that very concept became the primary inspiration behind Threads of Fate’s debut album ‘The Cold Embrace Of The Light’.

Originally conceived during the summer of 2017, Threads of Fate began as the brainchild of Jon Pyres. Pyres was driven to create music that combined the bombastic, dramatic nature of cinematic music with aggressive metal, paired with emotional, deeply personal lyrics inspired by the human experience. The music that Pyres made resonated with musicians Jack Kosto (Guitars/Production) and Vikram Shankar (Keys/Orchestrations) who joined Pyres to flesh out his ideas.

What followed was the band’s debut EP release titled “A Funeral for the Virtuous” – released in November 2018, it was received with positive acclaim by fans and reviewers alike. One reviewer even claimed the EP was “easily the best symphonic and cinematic release heard all year.” A very solid start for this new band indeed.

The band’s forthcoming debut album “The Cold Embrace of The Light” was recorded over the course of the following year, as they sought to expand their sound and create darker, more emotional musical landscapes. The record sees Threads of Fate explore more dynamic territory, with more light and shade, heaviness, and atmosphere, all while preserving their symphonic, melodic approach. Seeking to to channel a far darker, more despair-ridden atmosphere, the band took key elements from their debut EP and expanded upon their own palette extensively.

Signing a deal with Layered Reality Productions in 2021 has helped the band prepare for the next step in their musical path, and with ‘The Cold Embrace of the Light’ the band intends to solidify their place in the modern musical landscape: a place that is signified by deep melancholic sadness expressed through an emotional musical experience.